​In 1889, Jacob and Lily Weaver returned from honeymooning to their home in Northern York County. Jacob began cutting meat for local farmers and producing a variety of bolognas and sausages on his farm just outside the town of Wellsville, PA. In time he moved his operation to a butcher shop in the middle of town where he continued to slaughter livestock and produce his sausages and bolognas for local customers. Lily and Jacob’s son, Martin, worked alongside his father from a young age. When the United States entered World War I, Martin fulfilled his patriotic duty by enlisting in the army to fight for freedom in Europe.

After returning home from serving his country in 1918, Martin took over what had become a prosperous butcher shop. From his butcher shop on the current day site of Weaver’s of Wellsville Martin began offering home delivery of his meats from the back of his peddle truck. He also began travelling to the Farmer’s Market in York, PA to operate a stand.

Two of Martin and wife, Beatrice’s sons, Walter and Kenneth, known as Pete and Ken, took over the company from Martin in 1960. After six years of working together Pete retired leaving Ken to manage the business on his own. While Ken was in charge, the business slowly began to transition into the wholesale foods industry by selling smoked products to local grocers and cutting red meat for local restaurants.

​Ken and his wife Isabel’s sons Jack and Craig came to the company full-time after graduating from college and began to take the reins from Ken. The three worked side by side for years, usually with about three employees until the mid-90’s when the business began to rapidly expand moving towards becoming a distributor. Under the brothers, the company expanded to become a distributor of fresh meats, deli meats, frozen foods, seafood and cheese. His younger son Craig took sole ownership of the company in 2006.

Craig now manages the company alongside his wife Kimberly and two of their three children. Sons, Cole and Seth, graduated college and began working full-time at the business in 2010 and 2012 respectively. The company now employs over 40 people and continues to grow. Weaver’s still makes its smoked meat products over real wood fires the same way they always have, an art that is being lost in today’s age of mass production. People from all over the country, most of whom have resided in the York County region at some point in their life, order a variety of products year- round from Weaver’s – knowing that there is no equal to the flavors offered for over 130 years. 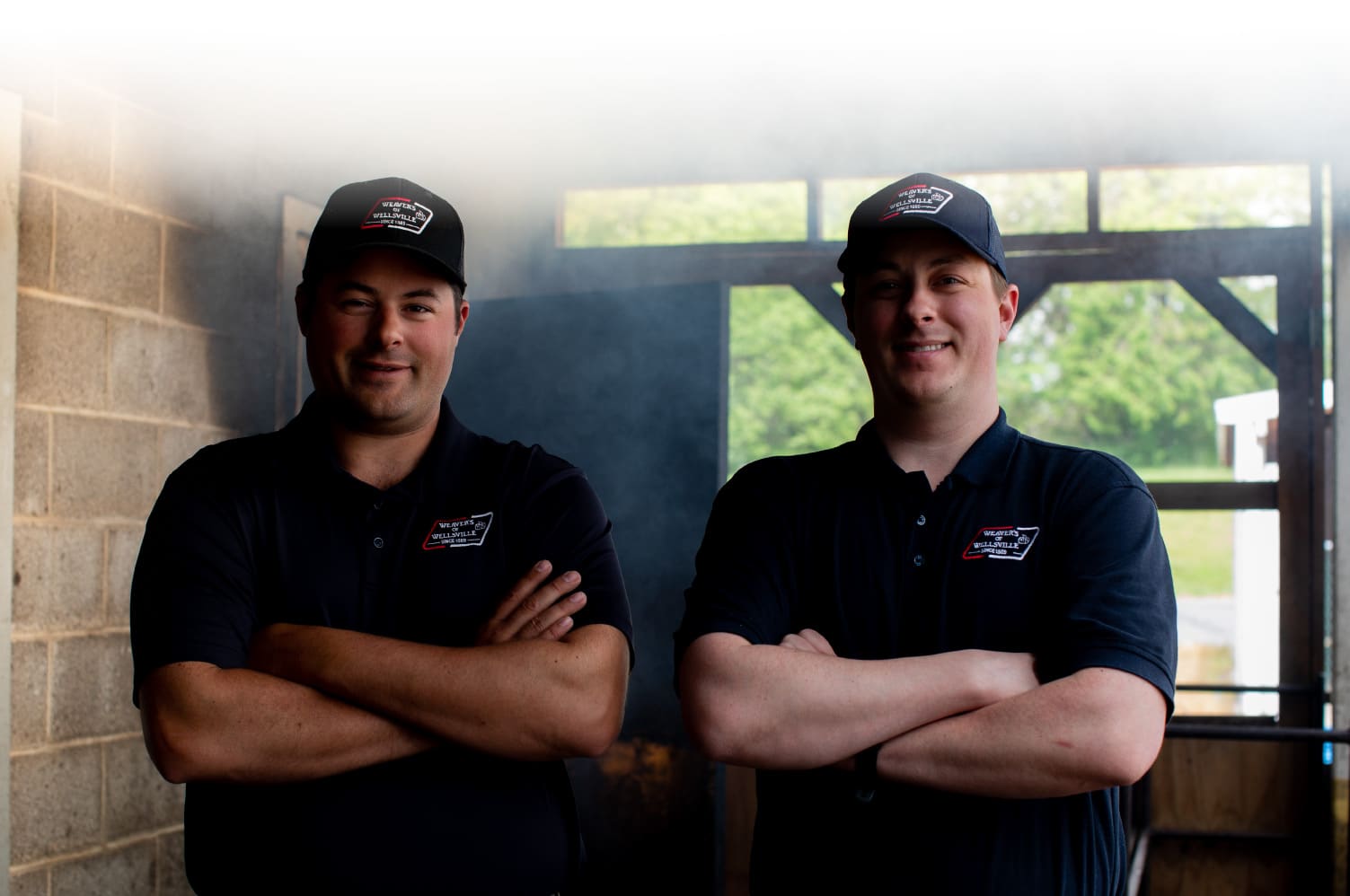